The main event in Ukrainian sport will take place this spring, March 2, place in the Kiev Sports Palace the first in 2019 mixed martial arts Tournament WWFC 14.

The main bout will feature, the representative of the legendary team SBG Ireland, a friend and sparring partner of Conor MacGregor - Irishman Blaine O'Driscoll (6-2 who) will compete for the WWFC champion title in the lightest weight (up to 57 kg) against Teymur Rahimov from Kiev (7-1).

Another fighter from the team of Conor MacGregor - Nikolai Grozdev will fight against the Belarusian Eduard Lazarovich. The ex-fighter of the UFC Artem Lobov, who attended the WWFC Awards 2018 ceremony in December with a friendly visit, will arrive to assist him. 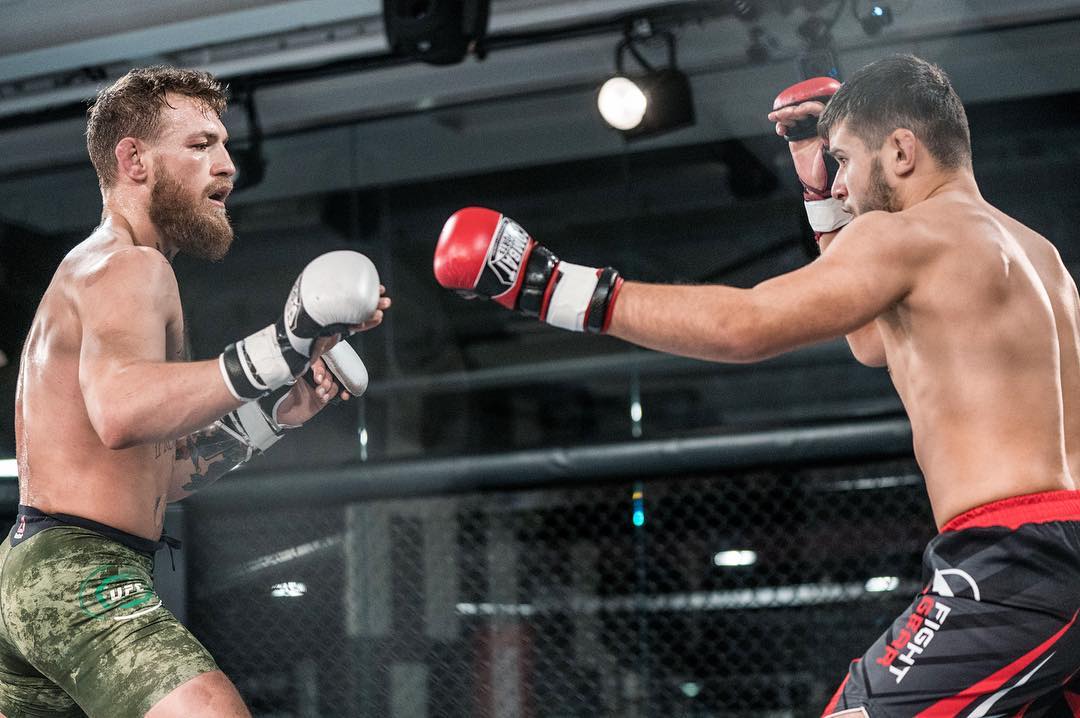 “The team of Conor McGregor is very interested in bringing his fighters to Ukraine to participate in our tournaments”, - said the Vice-President of the WWFC League Denis Perch. The WWFC League is expecting the arrival of many fans from Ireland to the WWFC-14 tournament. Especially since Conor MacGregor once has made it clear that one Irishman is not a warrior in the field: "If one of us goes to war, we all go to war!"

Conor MacGregor has become the brand ambassador of TM Parimatch - head partner of the WWFC League. There is a high probability that the “MMA legend” will visit the WWFC league tournaments this year to support his friends and sparring partners.

In addition to Teymur Ragimov and Blaine O'Driscoll, among the headliners of the tournament will be Belarusian Mikhail Odintsov and the Czech Republic’s representative Magdalena Sormova, who will fight for the champion title at the WWFC 14 tournament.

In general, there will be ten spectacular bouts, including three for the world champion title. Participants are the best fighters from Ukraine, France, Ireland, the Czech Republic, Belarus and other countries.

WWFC League is among the TOP-20 of the world's best promotions according to the independent statistical portal Fight Matrix. In 2018, the WWFC league rose by 14 positions and became one of the fastest-growing MMA promotions in the world.

March 2, Kiev Palace of Sports.
Broadcast - NTN.
Tickets and live broadcast in HD-quality - wwfc.ua
WWFC 14
Anatoliy Zhurakivskiy vs Arman Esayan
Palace of Sports, Kiev
about tournament
The WWFC League presented the MMA development strategy in Ukraine
The numbers tournament will be held by the WWFC League in Kharkiv for the first time ever
WWFC 15: All championship belts are left in Ukraine
The ceremony of weighing the WWFC 15 tournament participants took place in Kyiv
WWFC 15 tournament fighters had an open training at WWFC GYM sports club
Ukrainian Sergiy Spivak signed a contract with the UFC: the debut date is named
WWFC 14: McGregor's Friends had a triumphant performance in Kiev
WWFC League held the first MMA Tournament in Minsk
WWFC 14 Tournament: Conor MacGregor's friends are heading to Ukraine to organize a "show"
The WWFC League expands its geography: MMA tournaments to be held in Kharkiv and Minsk for the first time
Roman Dolidze from WWFC moved to UFC
Roman Dolidze defended the title of champion of WWFC and have already got a new contender
WWFC Awards 2018: First ever ceremony awarding best MMA athletes is to be held in Ukraine
WWFC 13 International Tournament - the main MMA event of the year in Ukraine
WWFC 13 Fightcard
Resume of the first Ukrainian Amateur MMA Cup
First Ukrainian MMA Cup among amateurs to be held in Kiev
UFC Ex-Champion John Jones and WWFC Champion Roman Dolidze to joint training in US
Open training of participants of the tournament WWFC 12 in Kiev
The participants of WWFC 12 participated in the ceremony of weighing
< Previous news Next news >