World League WWFC will a tournament in Romania 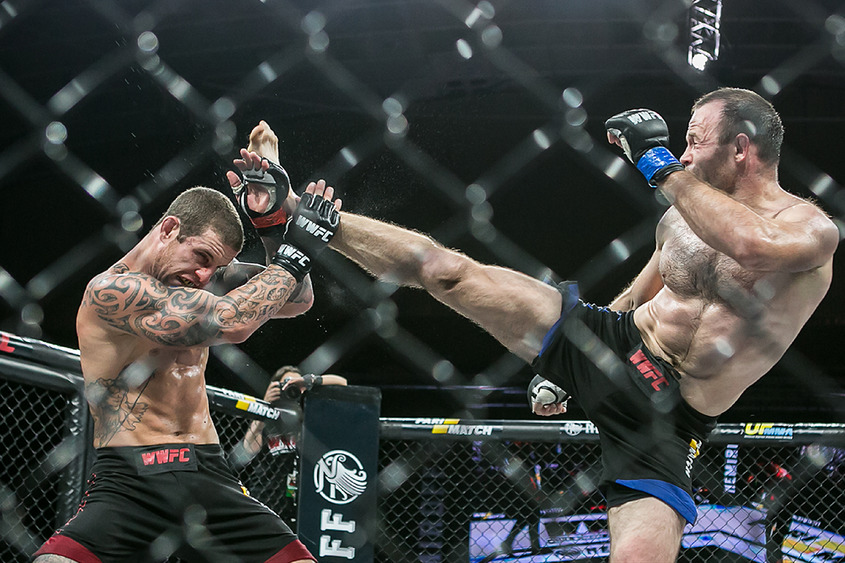 World League WWFC will a tournament in Romania

One of the leaders of European MMA World League World Warriors Fighting Championship continues to expand the horizons and conquer new heights.

Even at the very beginning of the season-2018, the managenent of WWFC clearly indicated the continuation of the course on international development in the prospects of the European continent. As a result, after a series of fruitful negotiations, it was decided to hold the Road to WWFC series in Romania, scheduled for October 20.

It should be noted that in the past, WWFC tournaments in addition to Ukraine were successfully held in Moldova, France and Luxembourg. In Romania the event under the auspices of the League will be held for the first time.

"I will not hide that the status of one of the leaders of European MMA is important and very pleasant for us at the same time. After all, this means that our work is not in vain and brings results, - said WWFC President Vladimir Teslya. - At the same time, we are not going to stop there and will continue to develop systematically not only in Ukraine, but also in the international arena. The evidence of this is the forthcoming Road to WWFC tournament in Romania, which will be held in October. We still have a lot of plans and ideas and we hope that in the future the practice of holding international tournaments will become regular, which will make it possible to bring the status of Ukrainian MMA to a fundamentally new level. "

Road to WWFC - a series of tournaments under the auspices of the World Warriors Fighting Championship, the purpose of which is to identify promising fighters among young athletes.
about tournament
The WWFC League presented the MMA development strategy in Ukraine
The numbers tournament will be held by the WWFC League in Kharkiv for the first time ever
WWFC 15: All championship belts are left in Ukraine
The ceremony of weighing the WWFC 15 tournament participants took place in Kyiv
WWFC 15 tournament fighters had an open training at WWFC GYM sports club
Ukrainian Sergiy Spivak signed a contract with the UFC: the debut date is named
WWFC 14: McGregor's Friends had a triumphant performance in Kiev
WWFC League held the first MMA Tournament in Minsk
WWFC 14 Tournament: Conor MacGregor's friends are heading to Ukraine to organize a "show"
The WWFC League expands its geography: MMA tournaments to be held in Kharkiv and Minsk for the first time
Roman Dolidze from WWFC moved to UFC
Roman Dolidze defended the title of champion of WWFC and have already got a new contender
WWFC Awards 2018: First ever ceremony awarding best MMA athletes is to be held in Ukraine
WWFC 13 International Tournament - the main MMA event of the year in Ukraine
WWFC 13 Fightcard
Resume of the first Ukrainian Amateur MMA Cup
First Ukrainian MMA Cup among amateurs to be held in Kiev
UFC Ex-Champion John Jones and WWFC Champion Roman Dolidze to joint training in US
Open training of participants of the tournament WWFC 12 in Kiev
The participants of WWFC 12 participated in the ceremony of weighing
< Previous news Next news >